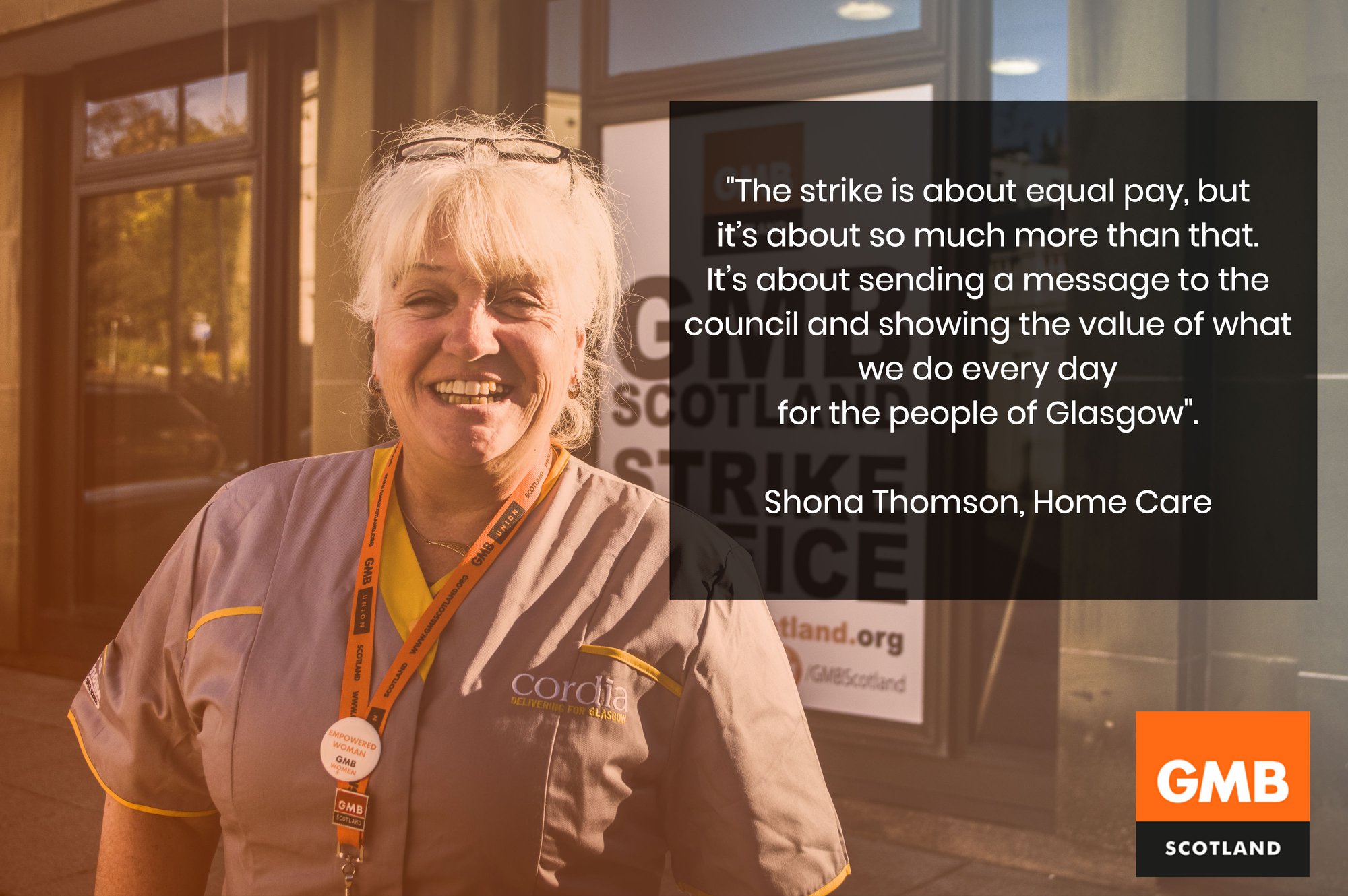 Today’s announcement on equal pay in Glasgow is a point of celebration for thousands of women and their families who were cheated and robbed over years by their employer. Some of the sums of money our members will receive will be life changing and they deserve every penny they will get.

Recently, we met over two hundred of our claimants at the Merchant’s House in the city centre. Speaking to our members and their families was a hugely emotional moment. I told our members that for GMB Scotland this settlement is a point of reflection and not celebration.

When I came to Scotland just over three years ago our union was being attacked by our own members in North Lanarkshire over equal pay, and we were quite rightly being called out in the national media for this too. Our union was badly let down by its previous solicitors but we let ourselves down because we stopped acting as a proper trade union should, by campaigning – in the workplace, in the media and on the streets.

By campaigning properly to defend our members’ interests, we managed to rectify the situation and secure full settlements for our members. But the situation in North Lanarkshire was dwarfed by the scale of the problem in Glasgow.  From the outset in Glasgow, I told our members we will never hide from our failings. We had forgotten how to fight for the people who pay our wages and depend on us for a fair deal in life. Apologising, I said that we couldn’t change the past but together we could change the future.

After three years of constant campaigning in solidarity with the joint claimant organisations, countless demonstrations, meetings, talks and through a historic strike which in the words of Stefan Cross QC, “changed everything”, we did just that.

We learned vital lessons about the collective power of an organised working-class movement. Thousands of low-paid workers came to understand their power and how to use their trade unions to exercise that power. They demanded and delivered an iconic and effective strike which captured the attention of the world.

We were also reminded that when power is challenged you will be attacked. It was evident in the sneering contempt of the Scottish political establishment towards striking low-paid women; the attempted bullying and smearing of home carers by highly paid mandarins; the threats of Tory anti-trade union laws by the council on our union; and in the torrents of social media abuse and hate aimed at our employees.

The journey we have been on over the last few years will never be repeated. Never again will we tolerate a passive, defeatist culture and never again will we try to outsource our industrial responsibilities. Our opponents are learning too that we won’t be pushed about.

GMB Scotland is far better for this experience. It’s reminded us of our responsibility to give workers the confidence to organise under our banner. Equal pay has shown us how to campaign and fight again as a good trade union should.

If the FAQs in the link above do not answer your question or you would like more information, please call the GMB Strike Hotline: 07583068991 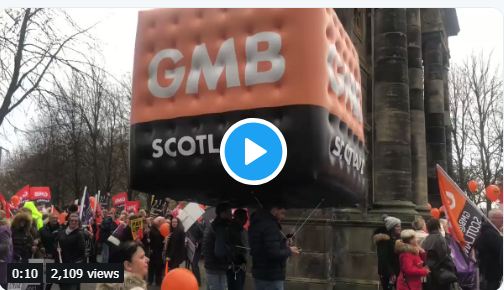 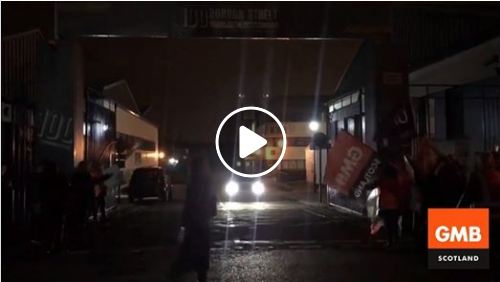 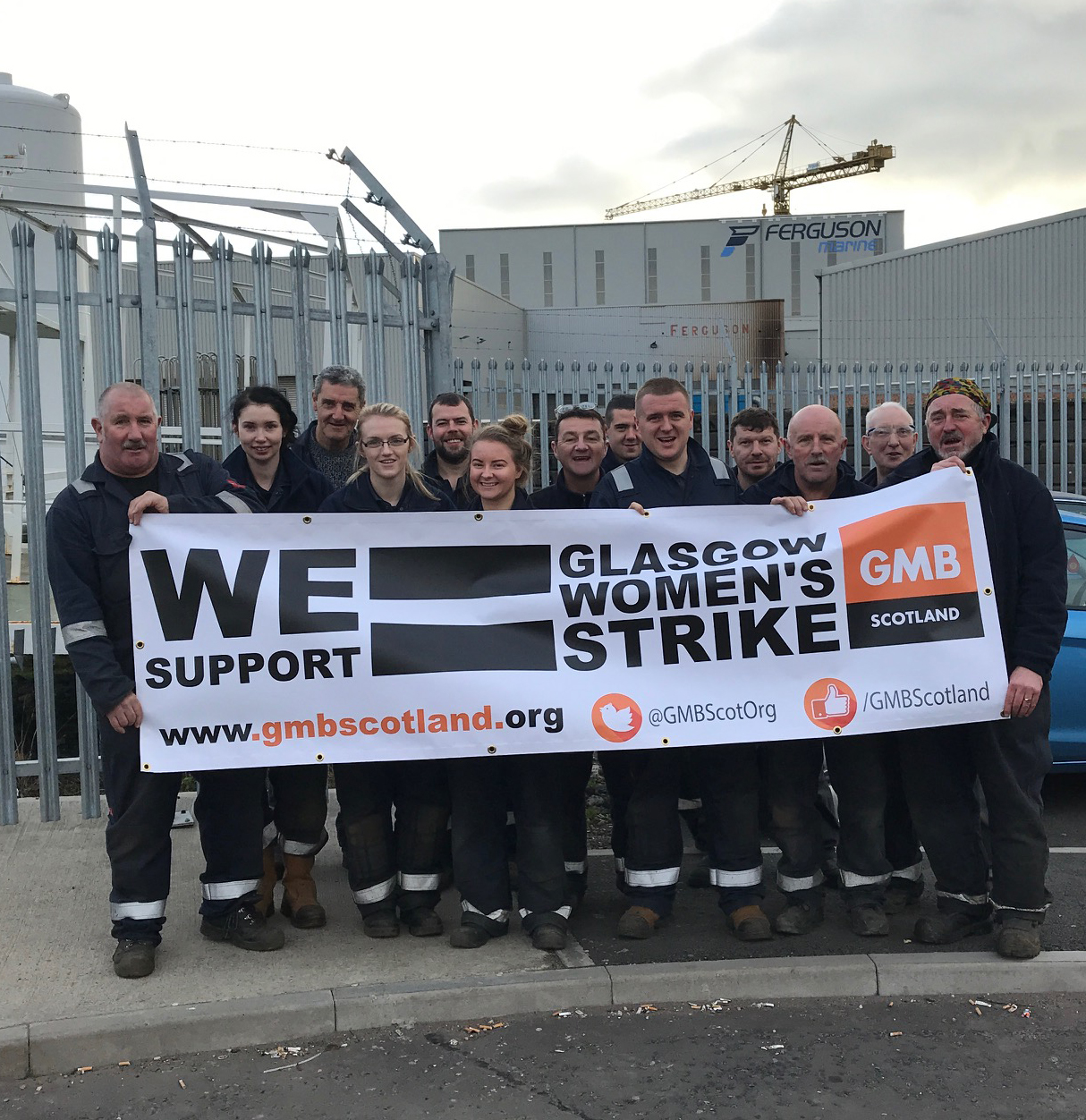 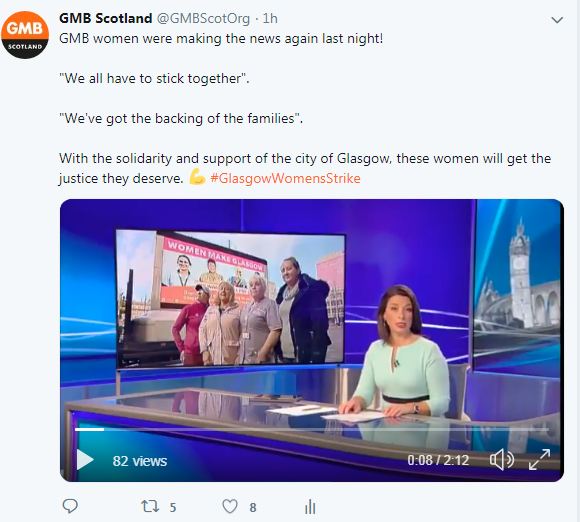 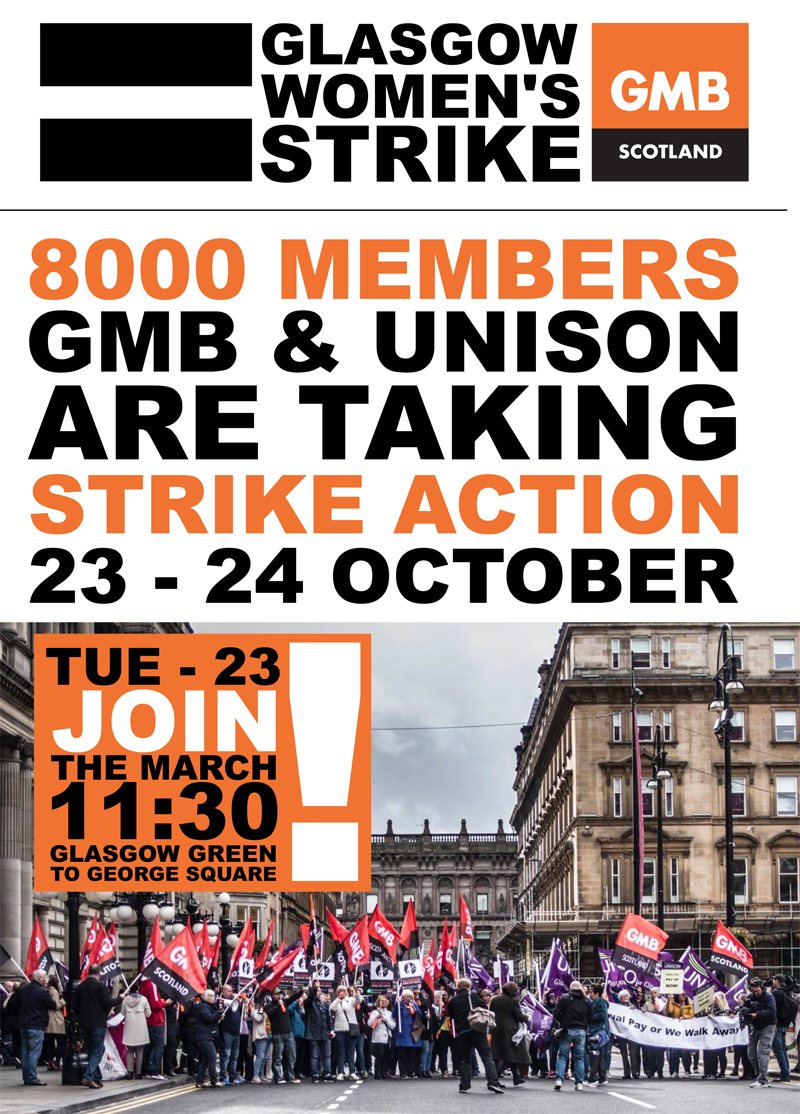 This was the moment the ballot result was announced to some of the women affected at today's (Thursday 13 Septemebr 2018) demo outside Glasgow City Chambers.

Thousands of women employed by Cordia Services will take industrial action over the collapse of equal pay negotiations with Glasgow City Council (GCC).

GMB has over 2,800 members in Cordia providing around the clock home care for 87,000 service users, as well as cleaning and catering services for schools and amenities across the city.

The trade union represents over 2,000 of an estimated 10,000 women with live second wave equal pay claims against GCC, with the overwhelming majority employed by the arms-length organisation.