2017 started with GMB Scotland’s Women’s Leadership & Development Programme. Delivered by Gillian Neish and Mary Parker of Neish Training, the programme was specifically targeted at GMB members, with a clear focus on supporting women. Enabling them to consider what it means to be a leader today and the implications for them as women and as GMB members.

Everyone that attended thoroughly enjoyed the weekend and went away fully motivated and inspired. 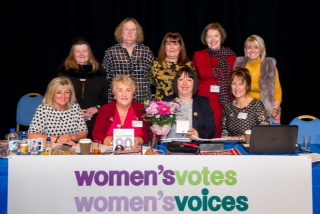 In November GMB Scotland sent a delegation to the first GMB National Women’s Conference in Liverpool.

“I’m far better informed regarding the work that is going on.  This is my first GMB conference, it won’t be my last! Thank you to all I’ve enjoyed the day very much!”

GMB Scotland’s Women a powerful force to be reckoned with, here’s to 2018.