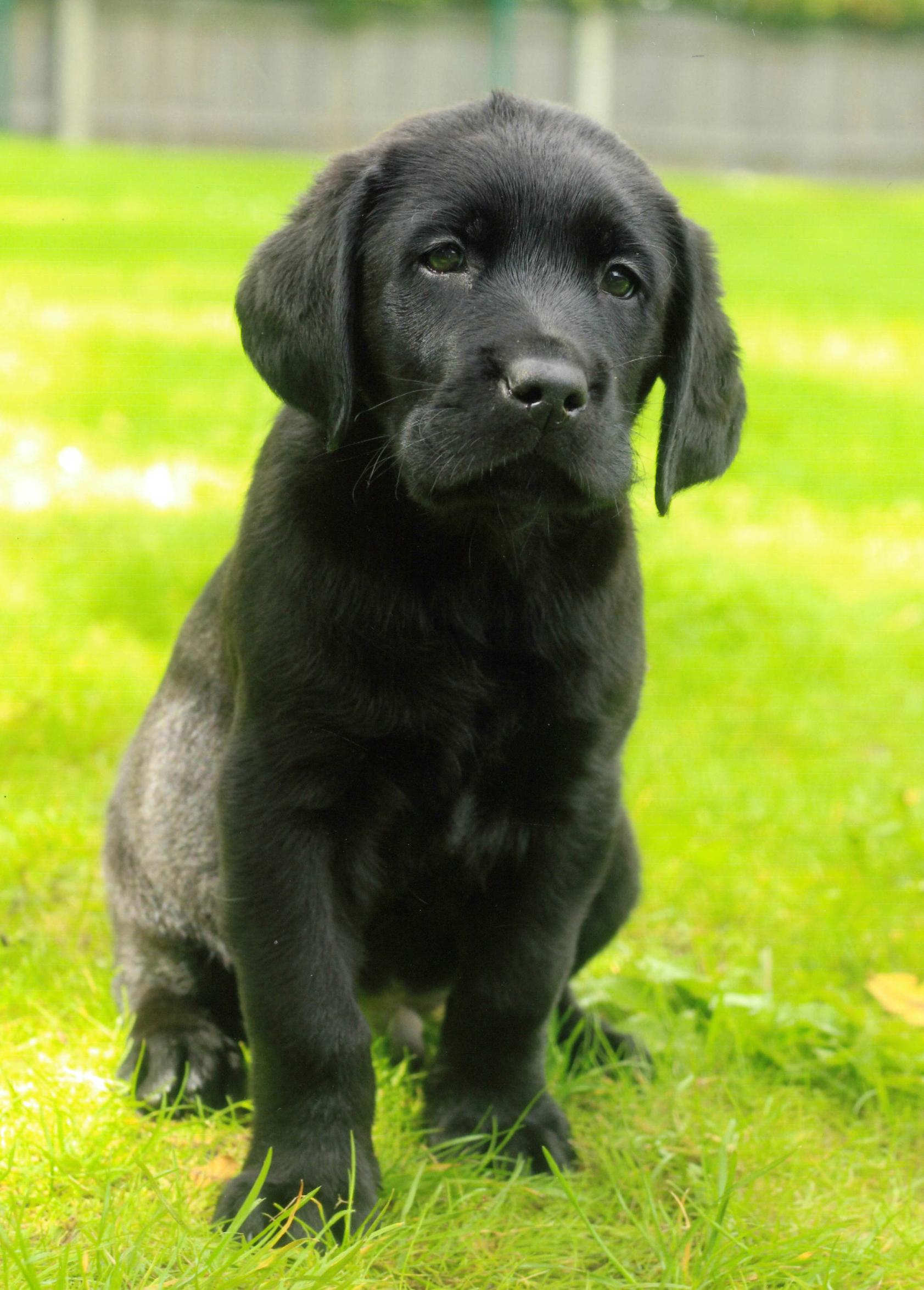 Mary was attending the Labour Party conference and taking Yoko for her daily walks when she thought it would be great if GMB could raise enough money to sponsor its own Guide Dog.

A collection at GMB Congress meant that all the GMB Regions were able to donate and over £5,000 was donated to the Guide Dogs for the Blind Association in Hamilton, Glasgow.

Mary Finn, GMB Scotland Branch Secretary said: “With all the hope in the world it would be great if we could do it again this year at GMB Congress. I say let’s go for a pack of Guide Dogs for the Blind in the name of GMB.”

Named after one of GMBs founders, Will Thorne, Billy the black Labrador puppy; pictured above, was born on Monday 24 July 2017 to mum Esther and dad Dixon.

At around seven weeks old Billy left his mum and began his long journey to becoming a fully-fledged Guide Dog.

Billy met Volunteer Puppy Socialisers, who play and spend time with the pups and received round the clock care from a team of specialists.  Once he’d settled in he was assessed to give an indication as to how he would respond to the Guide Dog training.

Then it was time for Billy to meet his Volunteer Puppy Walker, Craig and his new best friend, Craig’s dog Monty.  Craig will look after Billy until he is about a year old.  Craig will help Billy develop his social skills and teach him to cope with the sights, sounds and smells of everyday life. 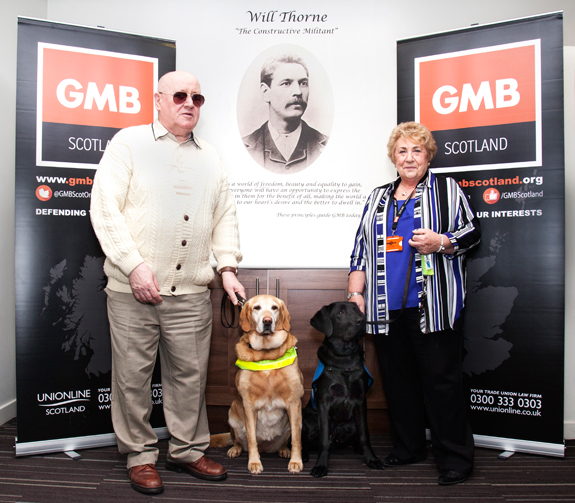 They met with Mary, Pat and Yoko as well as GMB Scotland employees.   Billy had his photo taken in front of an image of Will Thorne.

At only eight months old Billy still has a long way to go with his training. You can keep up to date with Billy’s incredible journey here on GMB Scotland’s website.

Read more about Billy's journey so far using the links below: 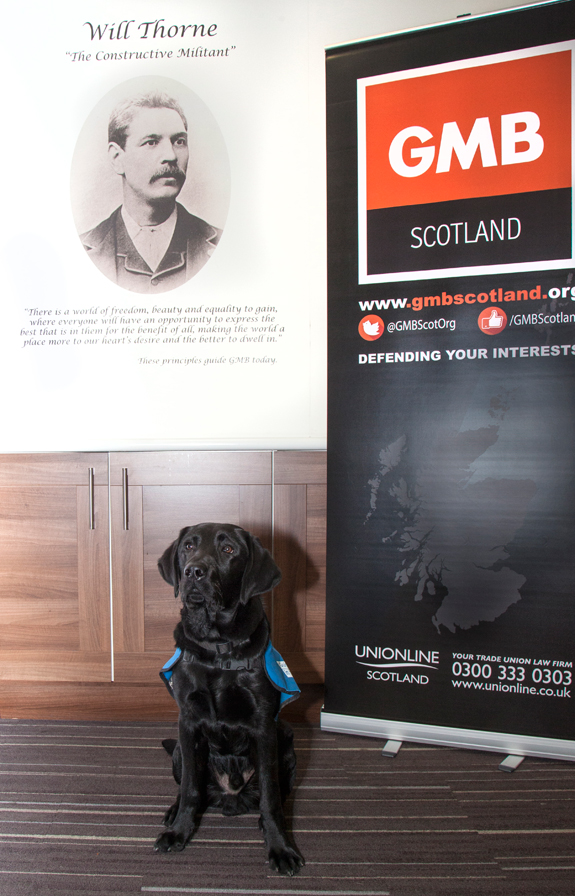 Images of Billy at Fountain House courtesy of Caroline Finn.