Are chief executives overpaid is a good question. We can start with the house builder Persimmon. A couple of years ago the government set up the “Help to Buy “ scheme to assist first-first-time buyers and boost housebuilding across the UK. A mini-boom in building followed.

Last year it became clear that the Chief Executive of Persimmon, one Jeffrey Fairburn, was due to trouser £120m as a result of the bonus scheme he and his boardroom pals had set up following the “Help to Buy” offer. The top 100 managers at Persimmon will share a £300m pot, in addition to Jeffrey’s jackpot. 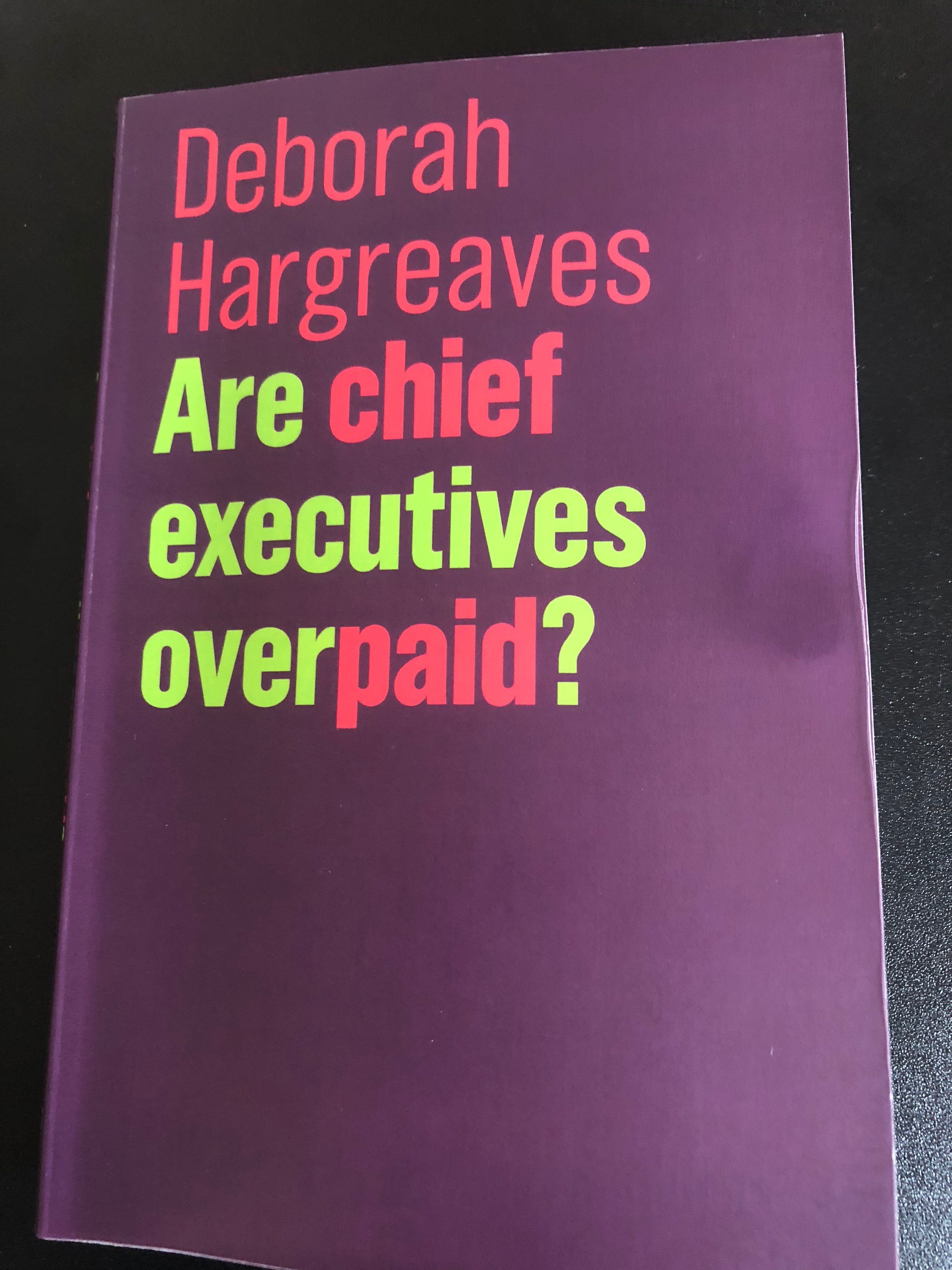 There was a shareholder revolt of sorts and Fairburn has relented and is now only going to cash in £75m over 2018 and 2019. Given all this is a result of taxpayers footing the bill for house buying, this amounts to grand scale looting of the state in a style that would make a Russian Oligarch blush.

According to Shelter, Fairburn’s payoff is enough to build a new house for every homeless person in York where Persimmon’s HQ is based. But as any trade unionist knows Persimmon is only one of the latest fat cat scandals to escape from the balance sheets funding the bonanza for Britain’s chief executives. On average their pay packages are now so generous that they only need to turn-up for work for three or four days and they’ll have put as much in the bank as the ordinary worker takes home in a year. The average pay of a British CEO is now a bundle that makes up more than £5m - how do you spend £5m by the way? That makes their take home ratio 129-1 when compared to the rewards of the average worker.

These statistics all come from a new book, just published, titled “Are Chief Executives Overpaid?”. It’s written by Deborah Hargreaves, one time business editor of the Guardian and former director of the High Pay Centre. It is a bombshell of a book which explodes all the myths about executive pay and why these levels of moolah are justified.

What about the one that if we don’t stuff their mouths with gold, talented as they are, our top people will up sticks and go elsewhere to exercise their extraordinary talents? Hargreaves argues that data drawn from the Fortune Global 500 companies shows that out of 489 appointments made in these companies, in recent times, only four chief executives were recruited from an overseas company. In the same survey not one chief executive in North America, Japan, Latin America and Eastern Europe was appointed from abroad. So having to pay chief executives top dollar to guard against losing them to international markets is tosh.

Hargreaves is excellent on explaining how we got here - what’s called the ‘financialisation’ of the economy. Shareholder capitalism is now king, not least because share dividends are the direct link to the levels of executive pay. The analysis is complex but clear. But she can also call out the bosses in a simple way - We are where we are because of greed and “Put simply many top bosses pay themselves millions just because they can.” Her approach would allow us to argue that one man’s yacht in Monte Carlo - yes they are mostly men - is another man’s food bank in Motherwell.

So what is to be done? Hargreaves has a host of policy offers including higher corporate taxes, mandatory workers on the board, binding shareholders voting on executive pay, even binding workforce votes on executive pay. And mandatory maximum pay ratios between the bosses and workers in companies bidding for multi-million Government contracts.

Here we might pause for thought. In 1994, in one of the most high profile protests of the time the GMB organised dragging a live pig with its trough to the British Gas shareholders meeting. That was to protest against a 75% pay hike for the British Gas CEO, Cedric Brown. So we have been here for quite some time.

Gary Smith, GMB Scottish secretary, argues that the link between the rise and rise of executive pay and the decline in the power of collective bargaining shows what needs to be done from a union point of view. He insists that building the union to take on the boardroom about excessive pay is the only real guarantee of real change in these issues. He says “Of course there are political policies that could make a huge difference. But we can’t afford to wait for manna from heaven. Building the union is the answer for today and tomorrow for that matter”.

Bob Wylie is writing a book on the Carillion scandal. It will be published by Birlinn/ Polygon and is sponsored by GMB.