Today is the third anniversary of the collapse of construction giant Carillion. On 15 January 2018, Carillion went down with debts of more than £7bn, the loss of 3000 jobs and a direct impact on some 75,000 working in the supply chain, not to mention delays and chaos for roughly 450 public sector projects (hospitals, schools and prisons). Banks were owed £1.3 billion in loans and there was a hole in the pension fund of £2.6 billion.

Carillion was created out of a de-merger from the construction and aggregates business, Tarmac. At the time, the chief executive of Tarmac, Sir Neville Simms,  was made an offer he couldn’t refuse. The Tarmac board pressed him to become the first chief executive of the new Carillion. As Mrs Merton might have put it if she’d had the chance : “Sir Neville when did you decide to seek fresh woods and pastures new with Carillion? Was it before or after the golden goodbye of £1.4m from Tarmac was put on the table?”

Thus p.144 of Bandit Capitalism records, “Nothing seems to happen in the history of Carillion without somebody, somewhere getting a million pounds for something.” If we fast-forward from Sir Neville’s appointment in 1999 to 2017 the million-pound rubric holds true. In July that year, Carillion has to go public on a £845m hole in the books. The then-chief executive, Richard Howson, is told to fall on his sword to be replaced by Keith Cochrane, a Carillion director, once of Weir’s Pumps fame.

The Board meeting to approve the changes cannot deliver. Howson wants his 12-months-notice payment of £660,000 in cash up-front, so won’t sign. And Cochrane wants a £750,000 salary, up by £100,000 on Howson’s wedge. Oh, and £75,000 for his accommodation in London for six months. Like the Bandit says, nothing happens in Carillion without a million pounds changing hands somewhere.

Eventually on 14th January 2021, after only 3 short years of deliberation and soul-searching, the Government decided that the Carillion directors were so bad that they need to be disqualified. Howson, Cochrane and six others will now have their days in court to contest that. On current timescales that’ll probably be in three years or more. All may be revealed.

Mind you, the truth is already out there. It’s in Bandit Capitalism – Carillion and the Corruption of the British State. Capitalism reduces all human behaviour to the cash nexus, you know.

“Bandit Capitalism - Carillion and the corruption of the British State” by Bob Wylie  is a must-read for every trade unionist.

Buy it now at: birlinn.co.uk/product/bandit-capitalism GMB members should use the code GMBWYLIE2020 to get 15% off the book. 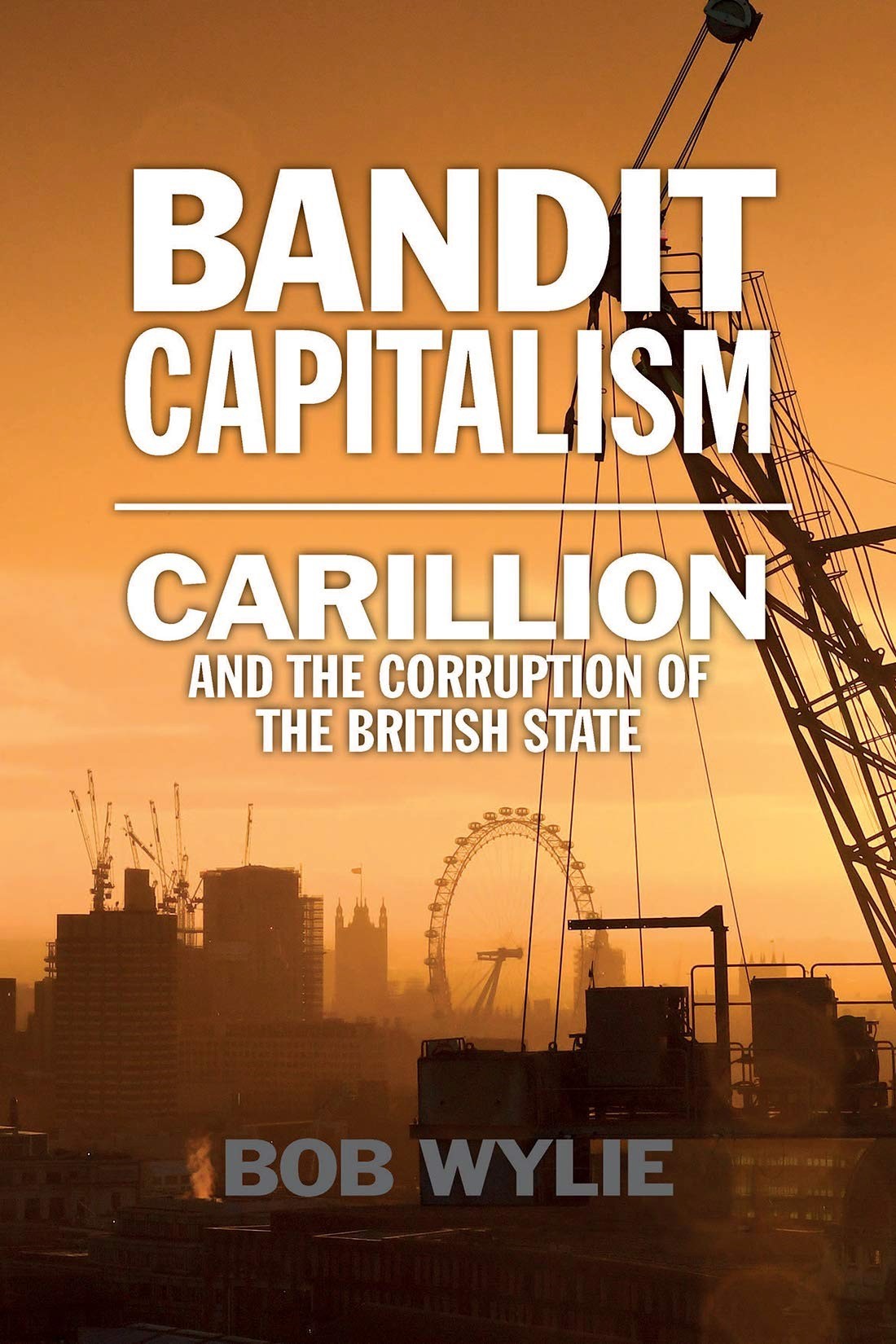