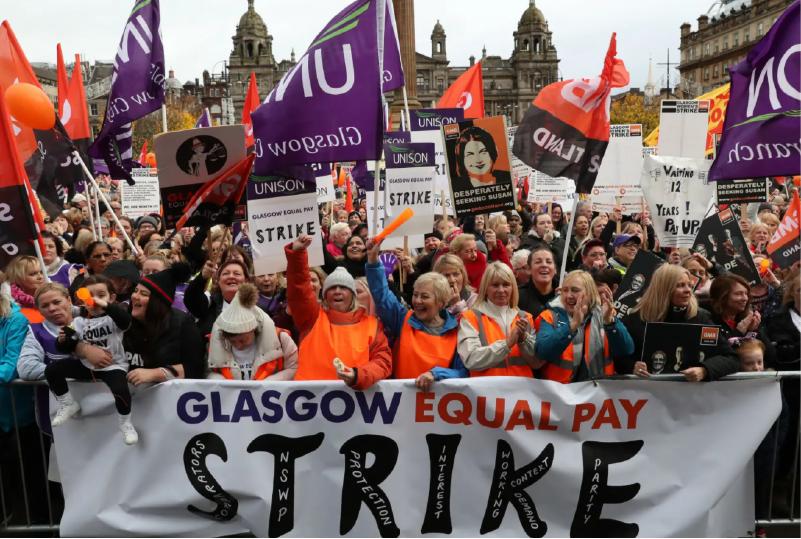 Last month the world lost Supreme Court Justice Ruth Bader Ginsburg. In a time where the term has become a controversial one, Bader Ginsburg was surely the definition of an activist lawyer. Bader Ginsburg, through her work with the ACLU and the many, many legal challenges she lodged against discrimination, showed how the law is political.

And failure to challenge bad or stagnant law means that we are not fighting against discrimination in every possible arena.

September also saw an important legal victory in the Employment Tribunal for care workers via Unison, which held that travel time was work time. However, how is it that we are still having to fight such common sense battles in the courts?

Clearly it points to a failure in the wider employment law framework. Although we know that employers and their lawyers will find every creative way to avoid paying workers what they are due, it seems that something is fundamentally broken when the scales are so firmly imbalanced.

Today marks 10 years since the Equality Act became law. An incredibly important piece of legislation that looked to tackle the many and varied guises discrimination takes but the reality is that any one law will struggle to cover the complicated nature of discrimination.

As society starts to wake up to its failure to recognise the value of women’s work, paid and unpaid, do we need to revisit the laws that should provide the foundation to our legal and industrial battles?

We’ve seen time and time again that even the best laws are not enough. There is no substitute for industrial muscle to enforce our rights and fight for what we deserve but that battle is strengthened when we have the law on our side.

In 2020 we are fighting big battles with supermarket giants over the value of retail workers’ work, often overlooked when talking about female dominated sectors. With money to burn, Walmart and co wield immense power. In the ASDA case they are at least fighting a relatively well-developed area of law (equal pay for work of equal value) but it’s now that we need legal pioneers like RBG to take on the less challenged cases of discrimination.

There’s no legal precedent to support a challenge to low hour and term time contracts ‘necessitated by the business’ i.e those faced by many school workers. Multiple contracts held by a single employer remains the norm for facilities workers in local authorities across the country, resulting in financial loss in travel time and overtime. Maternity and paternity policies provide nothing like the time and pay required for most families and statutory sick pay keeps sick and vulnerable carers out at work.

These are just some of the more obvious ways that women workers are still losing out and on top of that, the equal pay battles ‘of the past’ are still very real for likely for women workers the length and breadth of the country.

The need for economic justice via good quality work is even more acute in the context of COVID-19 where we are at risk of sliding back into the ‘old normal’ of critically undervaluing work such as care and failing to properly embed a new care economy and wider investment in public services, into economic recovery plans.

The reality is that radical law makers, in Parliament and in the courts, can’t provide all the answers but they can provide a framework that helps redress the balance of power and level the playing field on which women workers are to get organised, take action and win in the workplace.

GMB Scotland's Women's Campaign Unit is hosting a panel event at 7pm this evening (Thursday 1st October) to mark 10 years since the passing of the Equality Act 2010. You can watch the event live on GMB Scotland's Facebook page, and it will be available to stream afterwards.